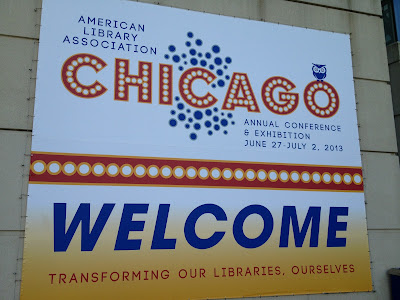 So, this past weekend I went to Chicago to attend my first ever ALA Expo, and it was a fantastic time. I got to hang out with two of my book besties, Gail from Ticket to Anywhere and Jen from Hypable.  The event itself was both exhilarating and exhausting all at the same time. We went to the opening night of the exhibit hall on Friday night, and there were just swarms of people there. I missed out on the Saturday morning opening as I was running a 10K that morning, but made for the afternoon, and was there for maybe about 1 1/2 hours, and the crowds weren't quite so bad, but it was still packed. Gail and Jen had already left for the day, so I just wandered around, taking it all in, picking up a few books as I went along. This was the night that I ran into the most authors that I was excited about meeting, such as Paolo Bacigalupi, Audrey Niffenegger, and Amanda Sun. Sunday I made it down for the opening of the exhibits, and the three of us wandered the exhibits until about 3pm and decided to call it a day for ALA.

We never really made it out of the Big 6 area, but I was ok with that. The hall was ginormous, and it was hard to take it all in. I did wander back to the graphic novel area on my own Sunday, and happened to run into Frank Beddor, whose Looking Glass War series I just love. We chatted for a minute, and then he gave me a signed copy of the special edition of the fourth Hatter M graphic novel. I really didn't know what to say to him. Honestly, with the exception of one author who took it upon himself to make me know who he was, every author at ALA proved yet again that author's are rock stars in my book; they are a generous, appreciative group of people who are always willing to chat with their readers, and I feel really lucky to be doing what I'm doing and getting to meet them. The author community, on the whole, is a remarkable group of people.


We may have picked up a few books along the way... 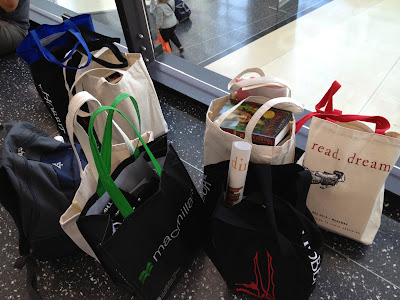 And that was just one of the days! 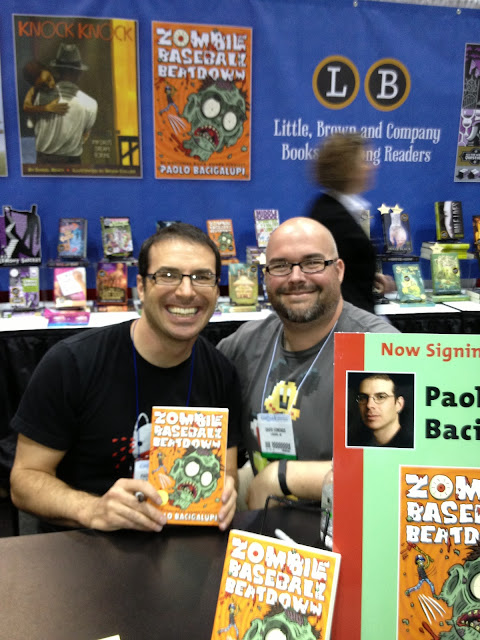 That's me with Paolo Bacigalupi! 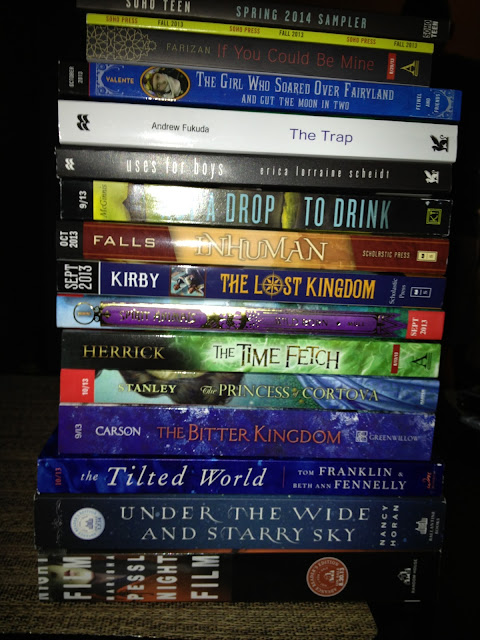 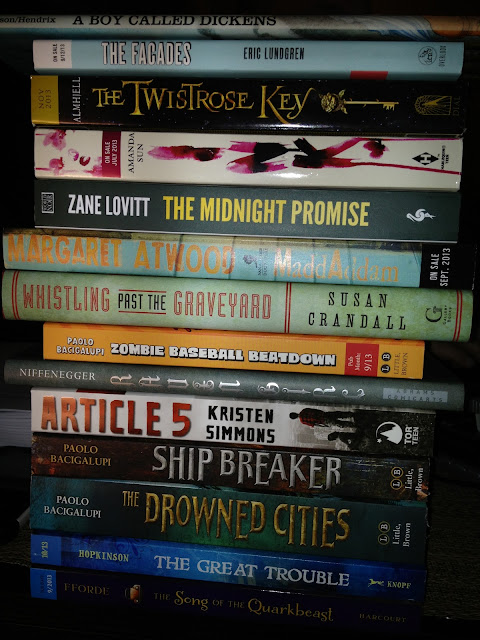 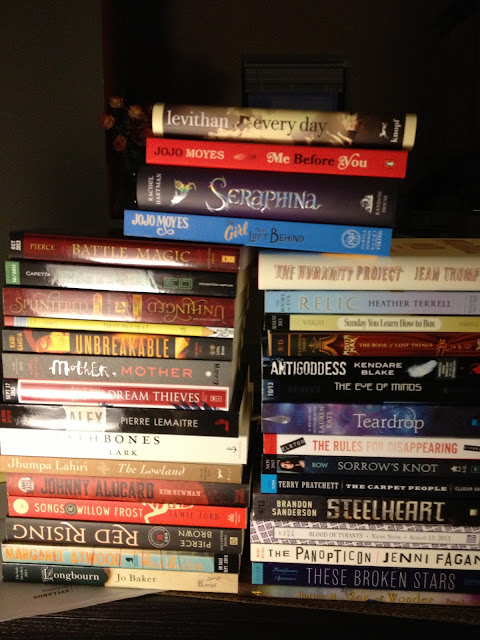 
A rundown of what I grabbed for me:


Not too bad, is it? Now, to only find the time to read all these loverly books!


So, not going to lie, this was a whirlwind busy weekend, but I would absolutely do it again and am already looking forward to next year. The ALA people really know how to put on a good show!