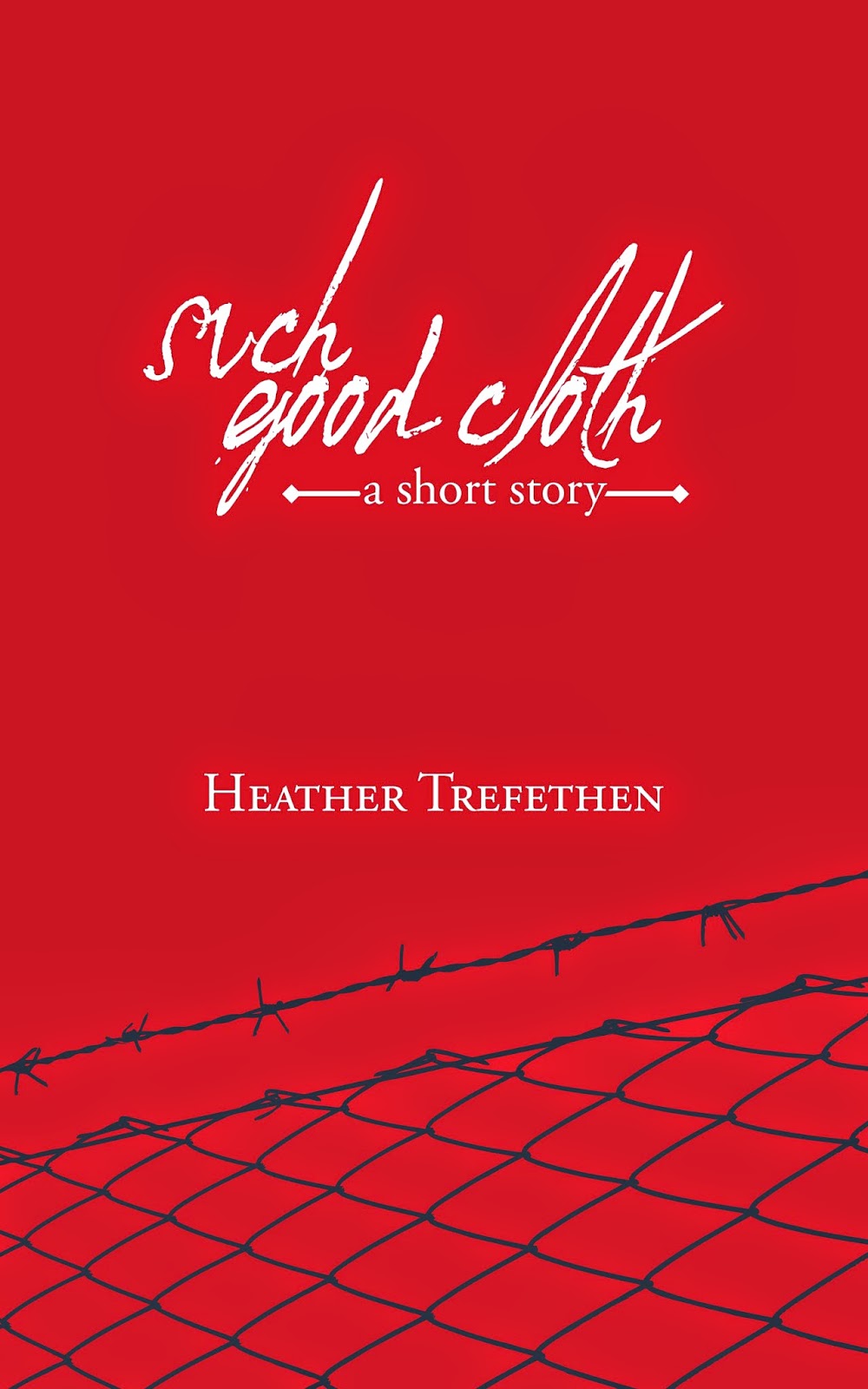 My cousin, Heather Trefethen, has released her second book, a short story titled Such Good Cloth.

A short story set in Eastern Europe during WWII, Such Good Cloth chronicles events in the lives of three separate individuals experiencing the horror, fascination, and heartache of war. Kriska, using her vivid imagination to stave off her hunger pangs, wants to be an actress. Nicolaus, anticipating the arrival of “the great speaker”, wants to be a soldier. And Joseph, having just been liberated from a concentration camp, simply wants to be at peace. In their own way, the three must come to terms with what they are about to realize, what they failed to recognize, and what they never could have conceived.


It's really quite a compelling story. Heather deals with some serious issues in a very few number of pages, and delivers an emotional punch with each one.

I'm just so ridiculously proud of her! The book is available as a Kindle version

, a Nook version, and a paperback edition

. Please order a copy and give it a read. You won't be disappointed!
Posted by tapestry100 at 5:00 AM