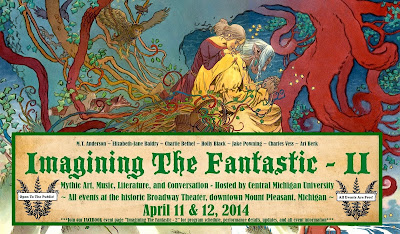 This past weekend, Sarah and I attended a free academic(ish) conference on fantasy and the fantastic in art, literature, music, etc., called Imagining the Fantastic - 2 (this was the second such conference, the first was held in 2011). I'll admit, my main draw to this conference at first was getting the chance to finally meet Charles Vess, Sarah was quite excited about the discussions that were being held at the conference, so we decided to make a weekend of it instead of just going over for one day, and I'm so glad that we did! 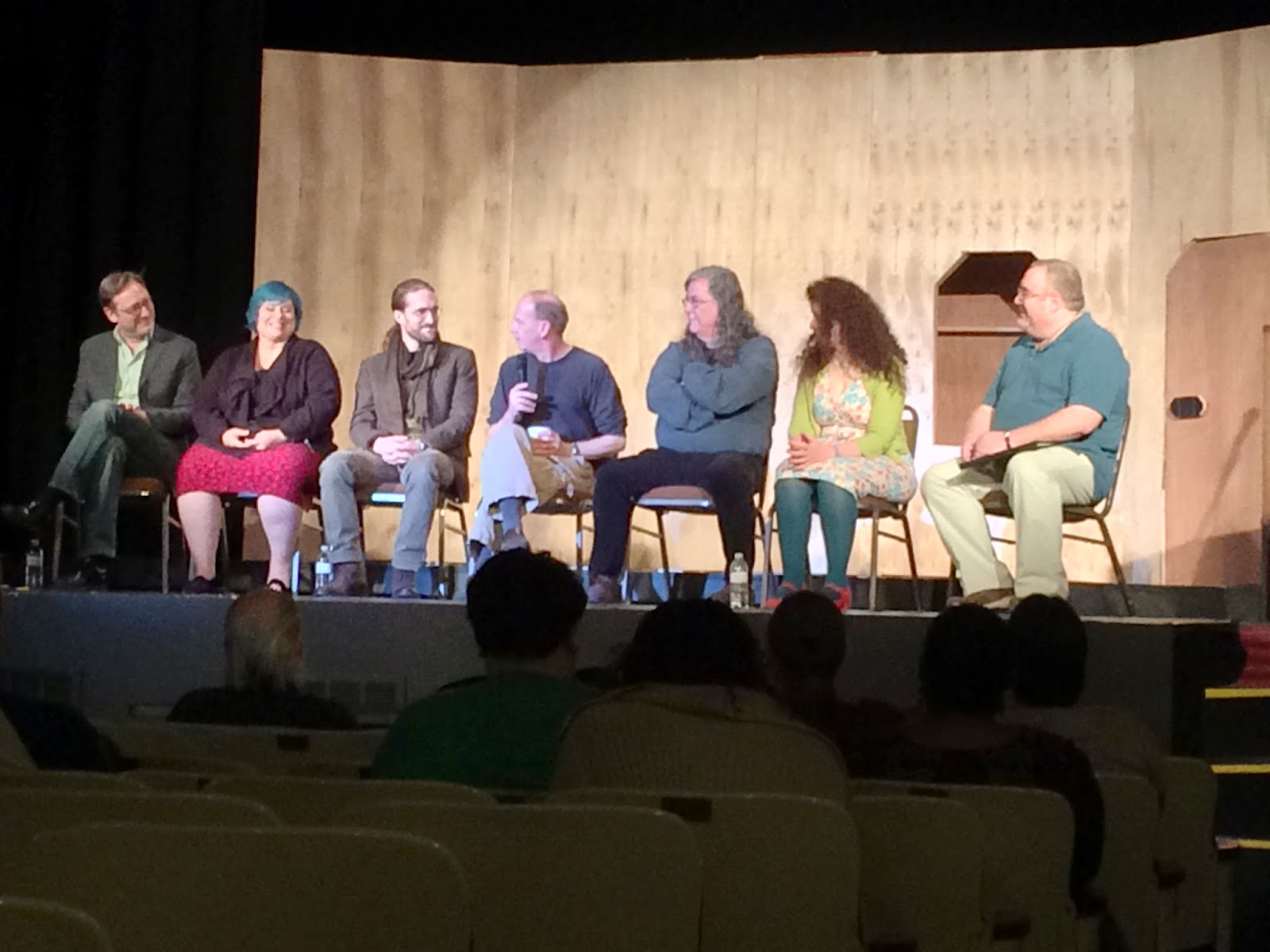 There were several panels in which all the participants took part in, and then there separate panels for Charles Vess to discuss his artwork (the man produces just gorgeous artwork), and then another for Jake Powning to discuss his swordsmith techniques (which turned out to be one of the most fascinating discussions of the entire weekend). Some of the other panels that everyone took part in dealt with where the ideas for the fantastic come from; do artists/authors need a little bit of madness in their lives to create; music and the fantastic; and at what point would something be too dark for the creators to actually stop creating something. I honestly wasn't sure how I was going to feel about each of these panels, but honestly I found myself enthralled by the entire thing.

Friday afternoon, there was an hour set aside for the authors to sign books, and every one of them was willing to sign anything that was brought to the theater - which I'm very grateful for, as I had quite the stack of book for Charles Vess to sign! The local bookstore even had copies of some of their books for sale, in case you wanted to pick up something extra at the event.

Friday night Charlie Bethel performed his one man production of Gilgamesh, and Saturday evening, Elizabeth-Jane Baldry performed live on the harp the score she had composed for the 1924 silent film version of Peter Pan, which was beautiful!

Sarah and I both thoroughly enjoyed ourselves this weekend, and I'm hoping that there will be future conferences and that they are just as educational as this one was.
Posted by tapestry100 at 5:00 AM