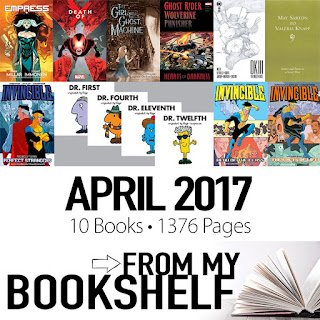 Number of books acquired: 37
Number of those books read: 6


First month out of the hospital, and feeling better. Concentration isn't exactly up to par yet, so there will still be an abundance of graphic novels for the time being.