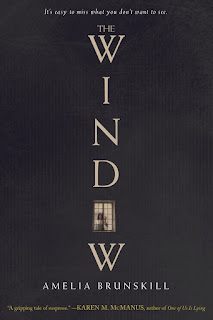 
Anna is everything her identical twin is not. Outgoing and athletic, she is the opposite of quiet introvert Jess. The same on the outside, yet so completely different inside - it's hard to believe the girls are sisters, let alone twins. But they are. And they tell each other everything.

Or so Jess thought.

After Anna falls to her death while sneaking out her bedroom window, Jess's life begins to unravel. Everyone says it was an accident, but to Jess, that doesn't add up. Where was Anna going? Who was she meeting? And how long had Anna been lying to her?

Jess is compelled to learn everything she can about the sister she thought she knew. At first it's a way to stay busy and find closure… but Jess soon discovers that her twin kept a lot of secrets. And as she digs deeper, she learns that the answers she's looking for may be truths that no one wants her to uncover.

Because Anna wasn't the only one with secrets.

Jess and her twin, Anna, couldn't be more different, but they have always had a close bond as sisters. However, after Anna is found dead outside her window, it seems like an unfortunate accident, nothing more. However, as Jess soon comes to understand, Anna didn't share everything with her twin, and as Jess starts paying attention to what is being said about her sister, she begins to unravel the truth behind Anna's death.

Told in sharp, taut prose that is excellently paced and also captures the imperfections of the characters perfectly as they deal with the grief surrounding Anna's death, The Window captured my attention fairly quickly and while there were multiple times throughout that I was fairly sure how the story was going to end, there were enough twists and turns that actually surprised me when everything finally played out. The small town feel was spot on, and the addition of Anna's POV interspersed thru Jess' story was a nice touch, so that we get to see both sides of the twins.

And let's take a moment to appreciate the cover, shall we? Delcaorte's art dept did a fine job in creating an cover that perfectly captures the atmospheric feel to the story and Jess' sense of loneliness after Anna's death.

If you enjoy a great mystery, a dark YA story, or a good page-turner that can easily be read in one sitting, you should definitely check out The Window. 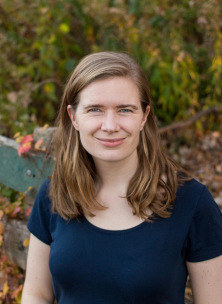 Amelia Brunskill was born in Melbourne, Australia, but she grew up mostly in Washington state where she picked a lot of blackberries, read a lot of books, and failed to properly appreciate the epic beauty of the mountains and the Pacific ocean.

The Window is her debut novel.

I received a physical ARC of this book from the publisher in exchange for a fair and honest review.
Posted by tapestry100 at 5:00 AM